Father’s Day is on Sunday June 20th this year. That’s just a day before lockdown restrictions end (if all goes to plan). It always takes place on the third Sunday in June and that’s why the date changes each year.

What is Father’s Day? It’s actually an American invention. A woman called Grace Clayton created it after she lost her dad in a mining accident. She wanted to honour him and the first Father’s Day took place on June 19th 1910 in Spokane, Washington although it wasn’t officially recognised until 1966.

It’s not the same worldwide though. Australia and New Zealand mark Father’s Day on the first Sunday in September, while Germany celebrates 40 days after Easter.  It is February 23rd in Russia, while Thailand celebrates on December 5th.

As far as Father’s Day presents and cards are concerned, anything goes. My dad Roy, who is the reason Pop-Up Pigeon exists, loved a nice card (his favourite was the ship card), but his most treasured gift was time with his daughters.  Sadly, he is no longer with us, but we’ll be thinking of him of course. For Father’s Day Card ideas, check out our selection.

A big virtual hug for anyone who doesn’t have a dad to celebrate and if you do, we hope you have a wonderful day. If you want to delight him with an awesome keepsake card, check out our Father’s Day range or consider our  Grow You Own Micropub Matchbox gift from the wonderful Marvling Bros. 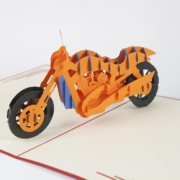 History of the cardboard box
Scroll to top
I don't feel lucky
Free UK postage
Nearly!
Boo!
Almost!
20% Discount
Free mystery card
No Prize
No luck today
Almost!
£20 gift card
Sorry
Unlucky
Try your luck and win a prize!
Enter your email address and spin the wheel to be in with a chance of winning a prize or money off
Our in-house rules: